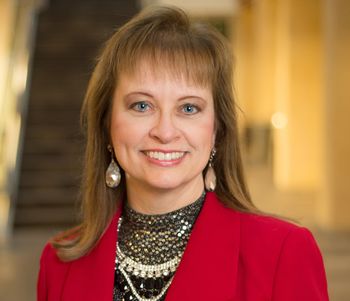 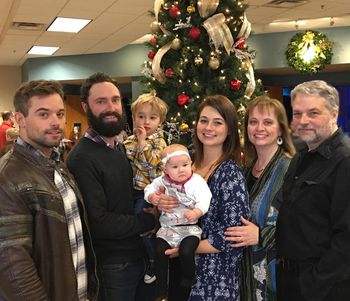 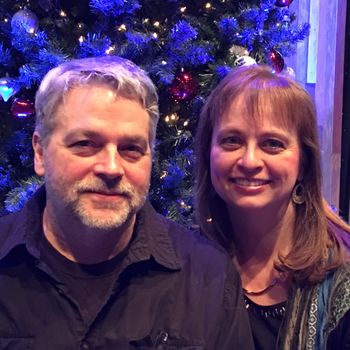 Amy and her husband, John 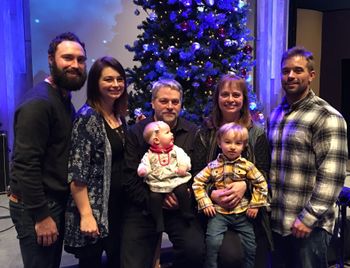 Amy’s desire is to serve the Lord, and one way that she does this is through music. She is truly excited to be a part of Sweetwater Revival’s ministry!

Amy grew up in Southwest Indiana where she was blessed to be reared by her Christian parents, Cal and Wanda Sheeder. Amy was influenced by several genres of music during this time, especially gospel. She first sang as a soloist in church at age 13 and continued to sing in a variety of venues professionally throughout her life.  Amy also participated in a number of talent/variety shows, and won the annual “Showtime” talent competition at Indiana State University her freshman year.  She is a former member of the black gospel group Praise Groove and recorded a solo album Lord of the Harvest, which received airtime on KTIS in the Twin Cities. Amy has appeared as a soloist at the Minnesota Christian Convention, the North American Convention, as well as on television in Boston, MA.  Having performed numerous solo concerts, she has been in worship ministry/leadership for 20+ years. Amy enjoys playing piano, organ, guitar, and percussion. She was a member of the Golden Valley Orchestra for several years as a cellist and board member. She has also dabbled in musical theater and songwriting, and loved every minute of it!

Overall and without equivocation, Amy believes that serving the Lord and ministering to others with her gifts is the most satisfying and highest calling she has received.

Where were you born? Terre Haute, IN.

Tell us about your family. I am married to John, and we have two grown children, Annie and Sean.  Annie’s husband is Mark, and they have blessed us with two beautiful little ones, Calvin Paul and Alma Jane. Love them all so much!

What flower do you like the most?  I enjoy flowers of all kinds, but roses top the list.

What are some things you look forward to? Spending time with family and friends, singing (of course!), playing an instrument, reading, spending time with animals, and volunteering.  I find that helping others is very fulfilling, especially when done in the name of Jesus.

Where do you like to go to spend time away?  I particularly cherish going to the North Shore of Lake Superior in Minnesota—it’s so lovely and peaceful by the water or walking in the woods.  And I hope to someday be able to visit The Holy Land and walk where Jesus walked. I think that it would be the ultimate place to experience.

Do you have a favorite old hymn? Yes, “He Keeps Me Singing” is one that we sang in church often when I was growing up. It’s so upbeat and happy, yet sounds great in ballad style.

Is there a SWR song you are especially partial to?  I enjoy singing all of them, but I am truly moved by “Hallelujah to the Lamb” and impassioned by “Come Church Arise.”  Both were beautifully written by Cathie Paxson.

What Christian leaders influenced you the most? Reverend Billy Graham and Mother Teresa.

Who influenced you the most musically?  Several member of my family influenced me greatly and probably don’t even realize it. Dad was in a gospel quartet, and he was always singing the old, beloved hymns around the house.  My mom sang all the time, especially while doing housework! I spent a lot of time with my Aunt Diane who played piano and organ and sang in church. She’s the reason I took organ lessons. My Grandpa Sheeder would sing along with barbershop quartet records and played aMelodica when we visited him in Pennsylvania.  There are several other friends/mentors who provided guidance along the way, and one who touched my life deeply was/is Jean Miller. She encouraged me the most to serve the Lord with my gifts and was a wonderful role model of Christian wife and mother.  I can say that I have been truly blessed by all of these people and so many more.  I only hope that I can pass the blessings on to others in the same way or better.